Sometimes, life throws you a curve ball. But, every now and then, it throws a bloody cannonball. In a mere 30 day or so all the plans I had made (as far as modeling goes) for the remainder of the year have totally changed. It started with a surge at work, then a delay in the mail. Add in a few favors and some invitations and presto! So much for best laid plans. Ok, let start over shall we. Firstly, Project: Genesis is in hiatus until further notice. I told you a little of what was going on there a few post ago so enough said. The invite I got was for NOVA Open Some of the old Wrecking Crew are coming to town, and since I missed Adepticon and WarGamesCon this year NOVA is it for me. That being said I needed an army in a hurry. After a week of mad scrambling I conceded to use an army I started a few years ago. So let go Ravens! Iron Ravens that is.... 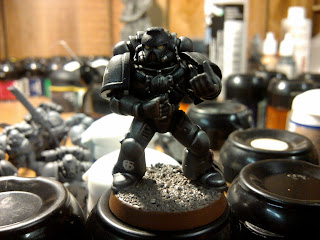 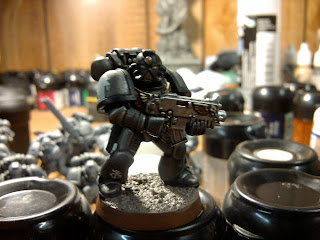 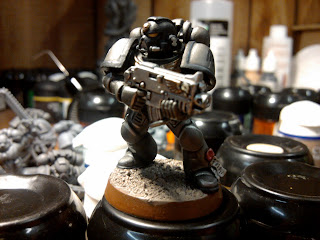